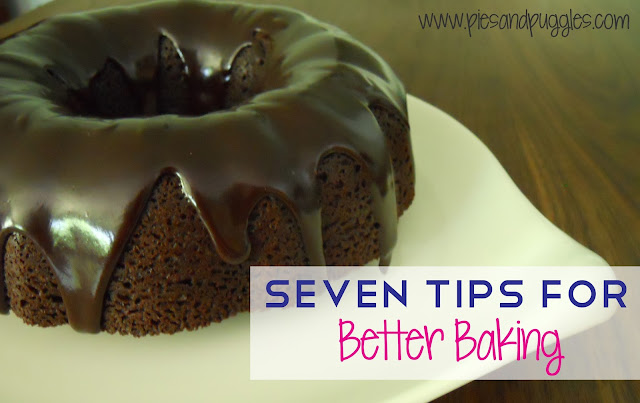 I needed to make something to take to a BBQ this weekend. Since I’d made a whole passel of cookies last weekend, I didn’t want to make cookies again so I pulled out an old standby recipe from Smitten Kitchen. Deb’s recipes are always well-tested and well-written and this one for Chocolate Stout Cake is no exception. I didn’t have to change a thing so head on over there if you’re just looking for the recipe. 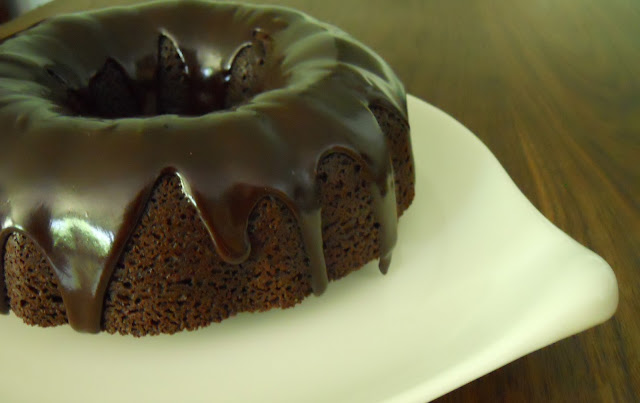 It’s not the prettiest cake, but it sure is delicious! 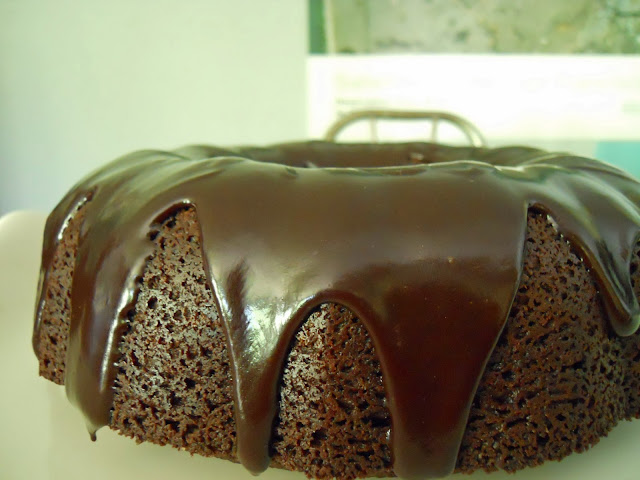 Since I didn’t have to make any amendments to the recipe, I thought I would take this chance to go over some baking basics. I’ve gotten a bit of a reputation among my friends for being an amazing baker. Frankly though, I’m just an experienced baker. I’ve been baking since I was old enough to hold a wooden spoon and mix chocolate chips into cookie batter. Along the way, I’ve learned some things that will help anyone become a really good baker. 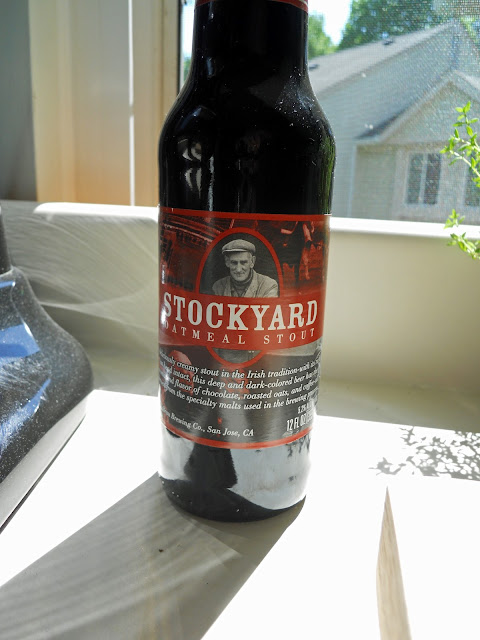 1. Don’t substitute unless you really know what you’re doing.

This recipe calls for Guinness. Unfortunately for me, I didn’t happen to have any Guinness. I did, however, have a bottle of Trader Joe’s Stockyard Oatmeal Stout. This is a perfectly adequate substitution because it’s a very dark beer. The Sam Adams Amber Ale I also have would not have been a good substitution. It’s not dark enough to lend the proper depth of flavor to the chocolate. So be careful with substitutions. You can sub vinegar + milk when you need buttermilk for baking. However, I would not substitute vinegar + milk when you need buttermilk for salad dressing. When it doubt, make a special trip to the grocery store and use what the recipe specifies.

2. Don’t stint on butter and sugar.

Yep, it’s fashionable to try to cut recipe calories by altering recipes. That said, as an inexperienced baker, you really shouldn’t do it. Instead, go find recipes that have been formulated by a professional to be lower fat or lower carb. The reason is that you won’t necessarily know what cutting the sugar by even a small amount like a quarter cup can do. It won’t just make it healthier or less sweet. It will make it dry. Why? Because sugar provides moisture in addition to sweetness. Why? I don’t know. It just does. The point is, even minor alterations can cause major problems. Just go find a different recipe if you’re being health conscious. 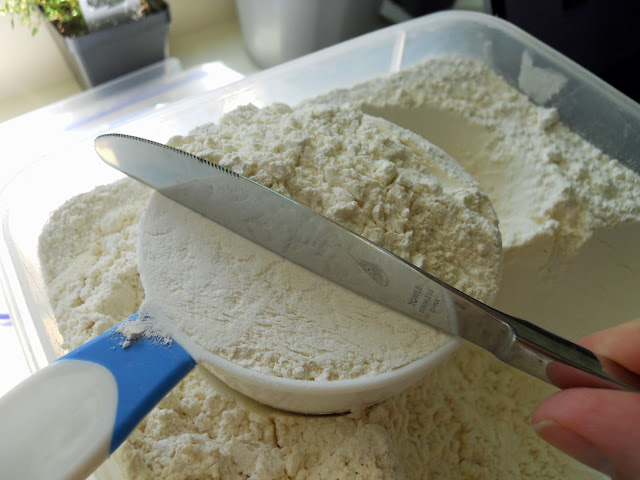 3. Know how to properly measure ingredients.

I’ve been surprised at how few people know this, but when measuring dry ingredients for baking, you do not: a) mound the measuring cup, b) use a measuring cup intended for liquids, or c) shake the cup to get the excess off. If you’re feeling lazy and making fried chicken, it doesn’t much matter what you do, which is probably why some people find cooking easier than baking. If you’re making a cake, it is important to level your ingredients properly.

Just scoop out more flour than you need. Then scrape the flat part of a knife along the top, letting the excess drop back into your container. Do not shake the cup. Do not pack the cup. Do not add your ingredient with the top mounded over. Got it? Good. 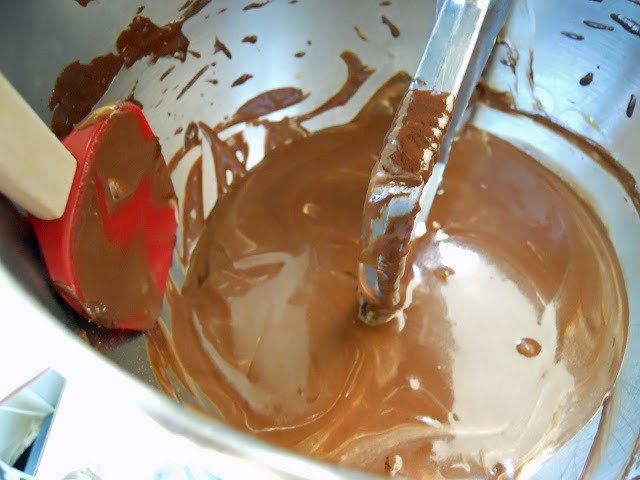 4. Scrape the bowl while mixing. 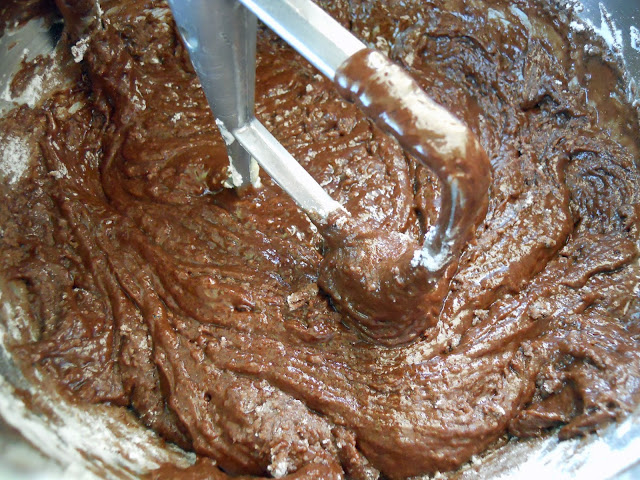 Here is the most important tip, especially for things like cakes. DO NOT OVERMIX. Box cake mixes will often tell you to “beat batter until smooth.” That might be true for a box mix, but if you’re baking cookies or cakes from scratch, do not do that. The batter should be a little bit lumpy and you should still have a little bit of visible, unincorporated flour in the batter. It looks alarming, I know. But it isn’t. The moisture from cooking will soak into the rest of the flour while it bakes. However, if you mix until it’s totally incorporated, you will get big holes in your cake and it will be chewy and tough. 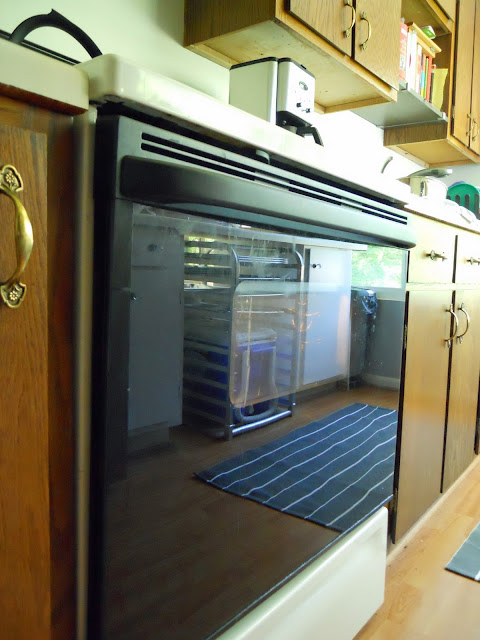 6. Step away from the oven.

Okay, Alison, why are you taking a photo of your oven? Well, that’s because my oven door is closed. And it will stay closed until the timer goes off telling me that it’s time to check the cake for doneness. Alton Brown once said on his show that every time you open the oven door, the temperature inside the oven drops 10 degrees. That’s a lot of degrees. If you’re baking a cake, that can be enough to make it rise unevenly, even if you’ve done everything else right. That’s no good! 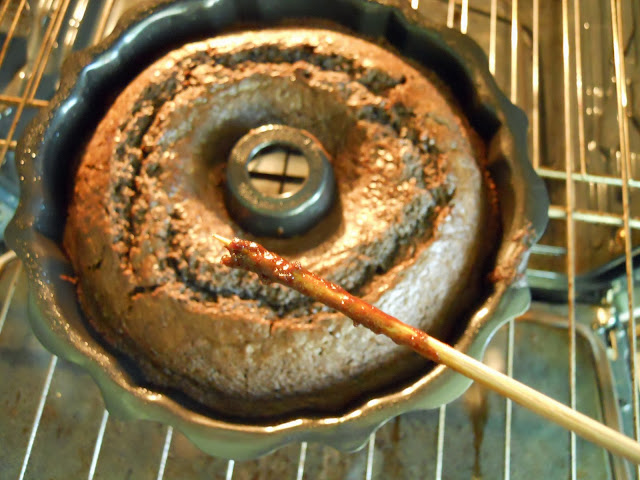 7. How to test for doneness.

Finally, bundt cakes are notoriously tricky to test for doneness. There are a couple options, but the one I have found most reliable is the skewer test. You can also use a toothpick, but for something deep like a bundt, a skewer is better. See the photo above? See how the skewer is covered in batter? Yeah, that cake is not done. 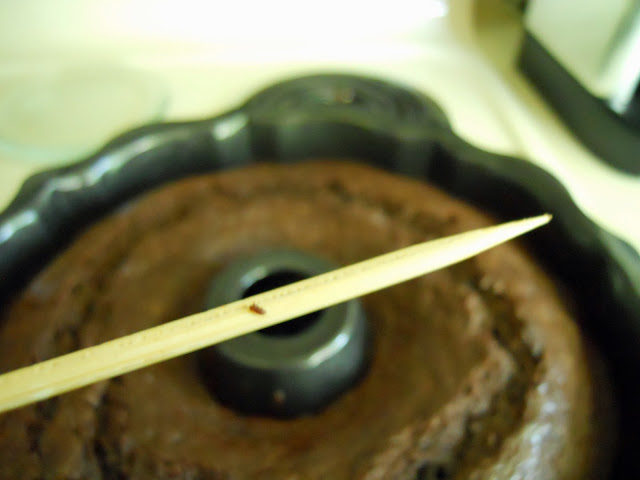 See this photo? See how the skewer has just a little crumb sticking to it? Now it’s done. There is also a method called the “touch test” but I have never found that reliable, particularly for bundt cakes. If you poke the cake and it immediately springs back, it’s supposedly done. Doesn’t work for me. And cutting into a half-done cake SUCKS lemme tell you. For the record, they’re not salvageable, no matter what you try. 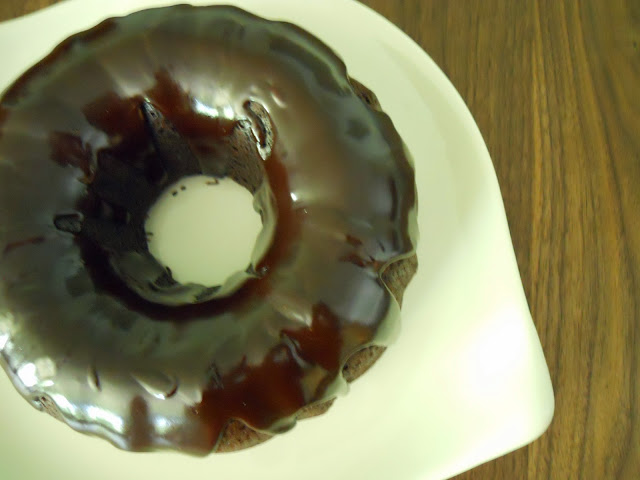 So there you go: the sum total of about 30 years worth of baking experience. It won’t help you make a Swiss meringue buttercream frosting, a macaron or an eclair, but it will get you through batch after batch of muffins, cakes and cookies. These are all really simple, really basic tips, but if you use them, you are almost guaranteed baking success!