On Saturday, Doug and I and a couple of friends made the drive out to beautiful, historic Middleburg to the Middleburg Summer Antiques Fair at the Hill School. 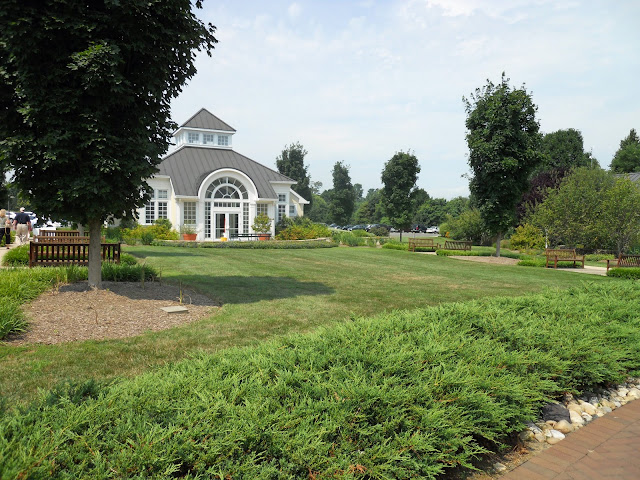 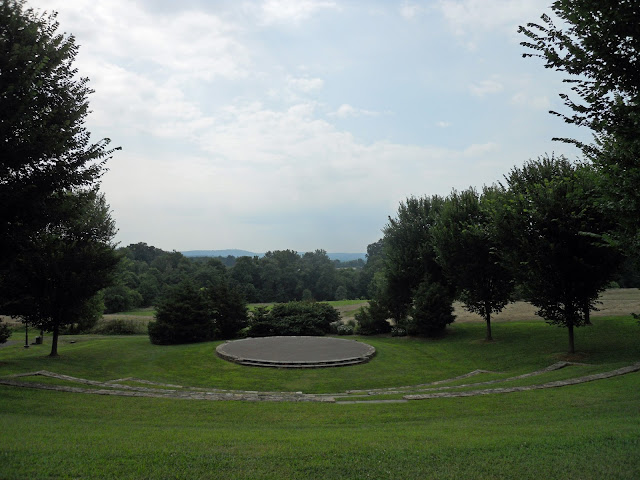 Not only was it a beautiful setting, the dealers at the show were beyond sweet to us. We arrived early and a few of the dealers were still setting up. If I have a favorite show tip, that’s it: get there early. We arrived at the show about 10 and left about 12:30. Many of the items we’d seen early were already gone or marked sold. My second favorite tip for shows is: always negotiate. You may not get too much off the price, but even a little is something. Also, antique shows aren’t really like flea markets. You should certainly negotiate, but don’t expect to get stellar deals the last day of the show. Many of these dealers have shops and long-time clients so they’d rather pack it up and bring it home than discount something too much.

But really, a lot of a show like this is just about the eye candy. Here are a few of our favorite finds!

Lucile & Jim Albaugh had many little interesting things. In fact, their card says “Antiques and Other Things of Interest”. 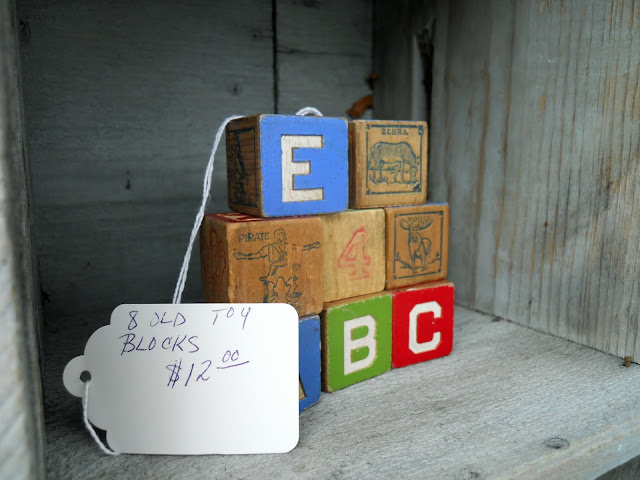 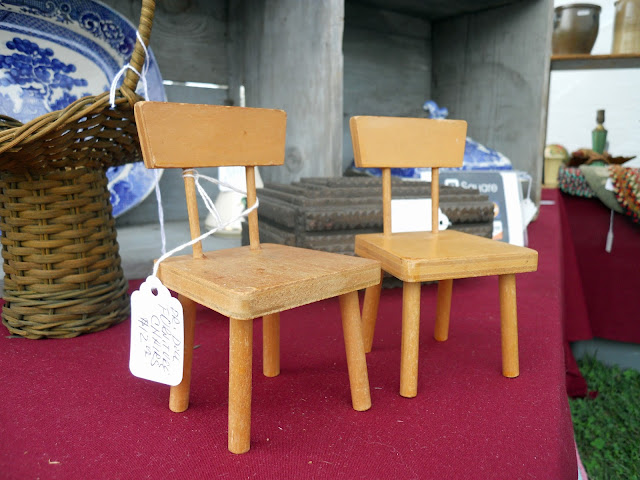 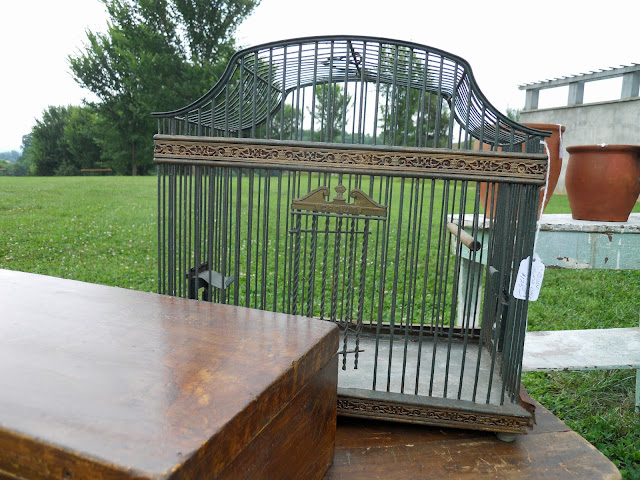 The next stop was the Joyful Antiques booth. A plethora of cool vintage lighting here plus that monogrammed vintage suitcase was just fab! 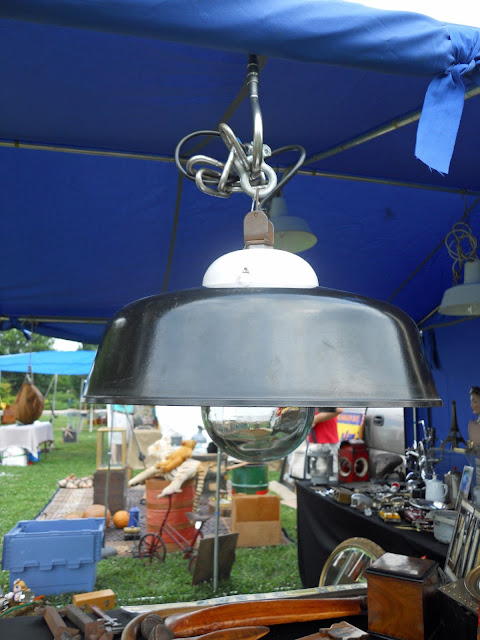 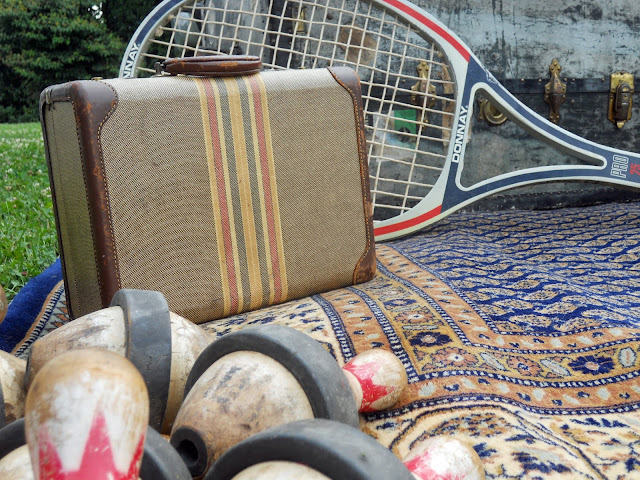 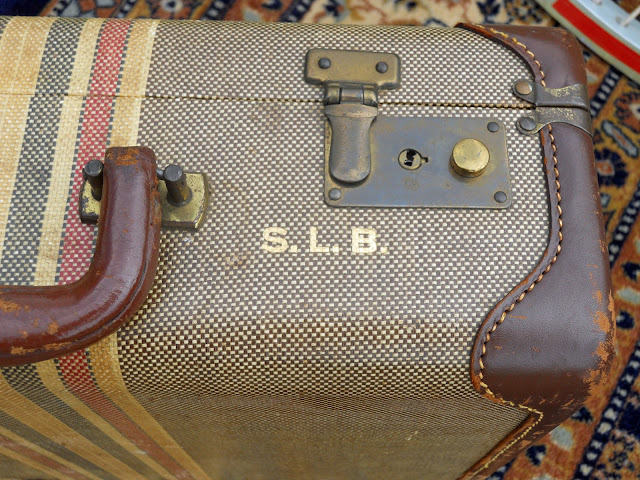 The only mid century specialist at this show was Hearthside Home & Garden. I spent quite a while poking around the booth and chatting was Steven, the owner, and his wife. Nice people and a fantastic eye for mid century modern! Look for another post about their store here soon. It’s in Poolesville,Maryland, just a ferry ride away, and Doug and I have been looking for an excuse to take a boat ride and drive out to Frederick. Oh, and they also have an Etsy store. 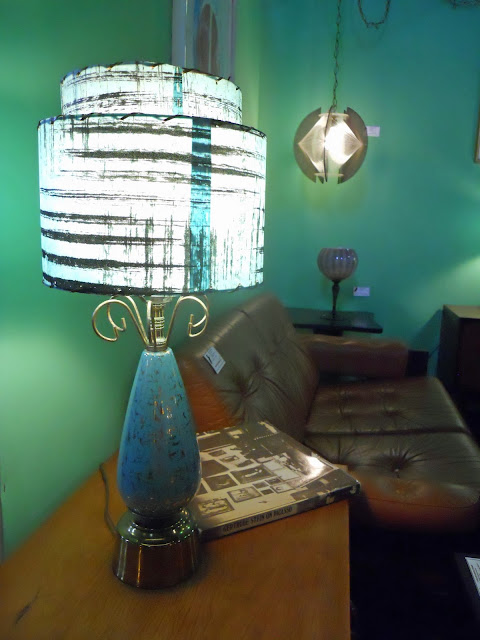 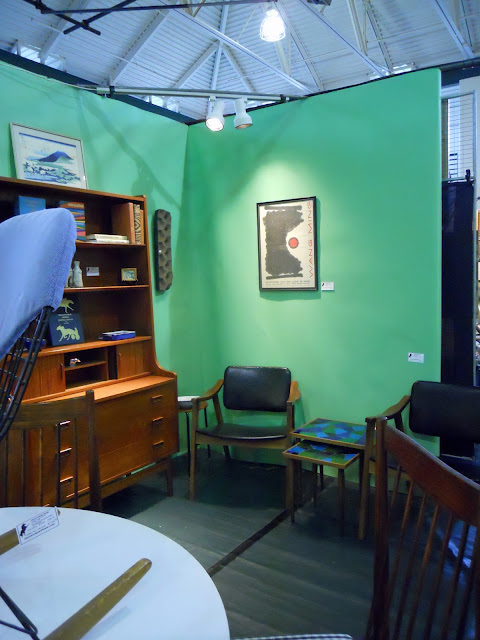 At Debbie Turi Antiques, we commiserated about being “young folks” in the business. She had dozens of amazing bookends, among many other great things. 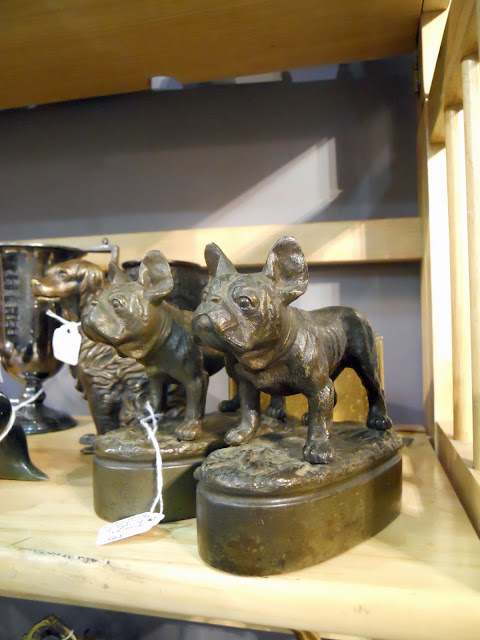 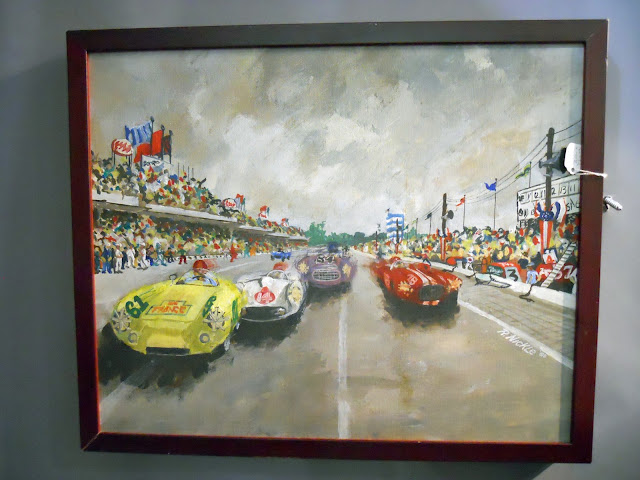 I also discovered a wonderful new-to-me mid century modern painter, Paul Hollister. His estate is represented by Ingeborg Gallery run by Gert C. Werth. If what Werth had with him is any indication, Hollister painted mainly urban, industrial, New York scenes. The frame below was also made by Hollister. I have a definite preference for artists who craft their own frames as the vision remains consistent. There is nothing worse than a great painting in an awful frame. 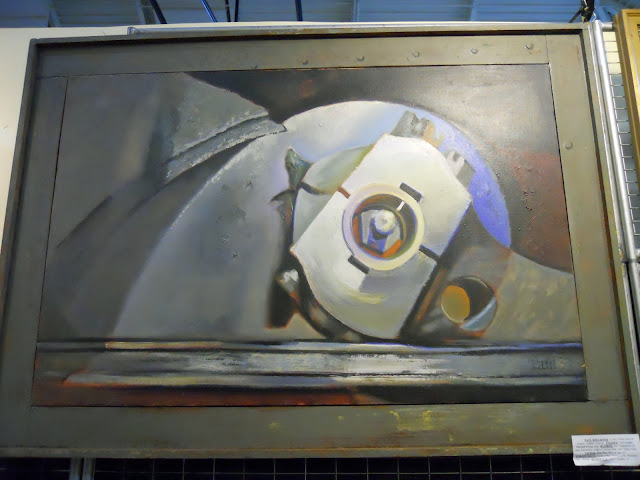 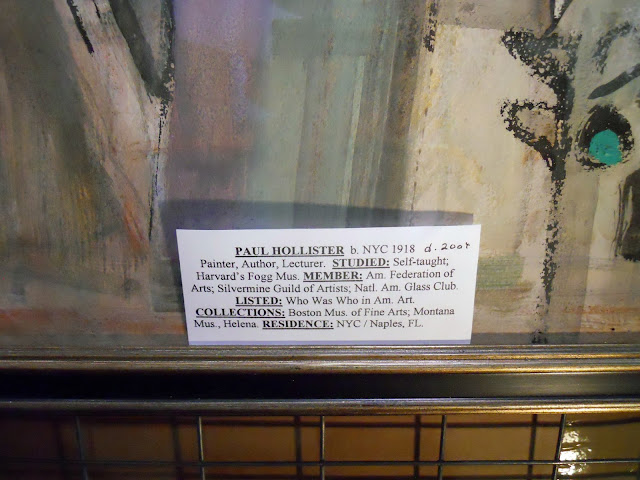 After a long morning of antiquing, we were all pretty hungry. So off we went to Leesburg and Doner Bistro. Apparently Doner is a German street food by way of Turkish cuisine. It’s kind of like a gyro and oh boy is it good. They also serve German beers in the proper glass for each type of beer: perfect for real beer enthusiasts. Even if you’re 15 miles away in Middleburg, it’s worth the drive.

So what did you do this weekend? Hit up any summer festivals? Any thrifting or projects going on?