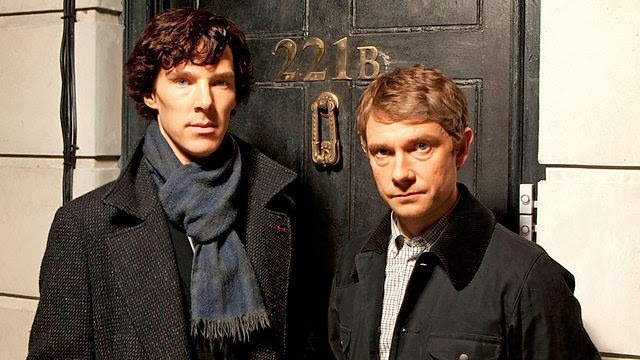 But it’s okay because my husband is too.

Yeah, so last weekend I went to Tysons Corner to pick up a new chambray tunic and black riding boots. I’d do another fashion post, but you’ve probably seen enough chambray, leggings and riding boots to last you through the summer at this point. And that Zara scarf. If you read any fashion blogs, you know what I mean.

Besides, Sherlock is much more interesting than, well, everything.

Anyway, while I was at the mall, Doug got bored and started looking through our Netflix queue, stumbling upon Sherlock, which I’d put there based on a recommendation several months ago since we both love British television. He’s a Doctor Who fan. I love mysteries. Speaking of which, why are British mysteries so much better than American ones? About 20 minutes into any Castle episode, I can already tell you who did it and how. A series like Inspector Lewis? Keeps me guessing right up until the last minute. 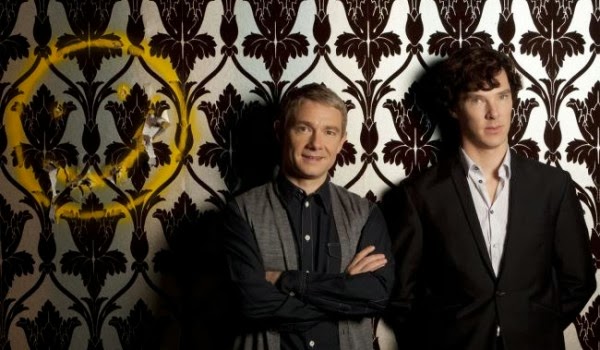 Enter Sherlock. The series stars Benedict Cumberbatch (Sherlock) and Martin Freeman (Dr. John Watson). Martin Freeman was well-known to us already since he plays Bilbo Baggins in The Hobbit. I had never heard of Cumberbatch, but he’s apparently been all over the place recently: the latest Star Trek, 12 Years a Slave and something called August: Osage County, which is coming out soon. The series is written by Steven Moffatt and Mark Gatiss, who are currently also in charge of the Doctor Who franchise.

How do I describe the magnificence of this show? It’s basically Sir Arthur Conan Doyle’s version, but brought to life on screen and updated. That doesn’t begin to tell the story of why it’s so compelling. That story must start with the chemistry between Freeman and Cumberbatch. Early in the series, Watson assists Sherlock by providing appropriate emotional reactions and Sherlock cures Watson’s psychosomatic limp. It’s a match made in heaven. They may not exactly finish each other’s sentences, but this is bromance at its finest. 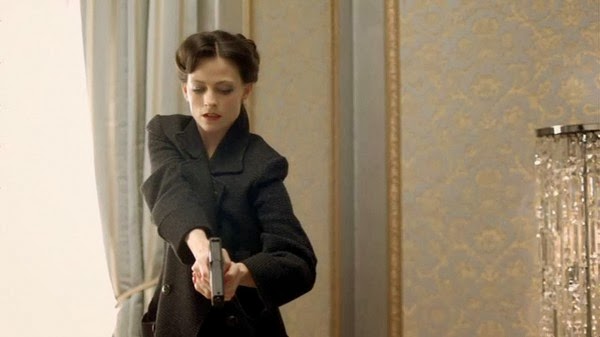 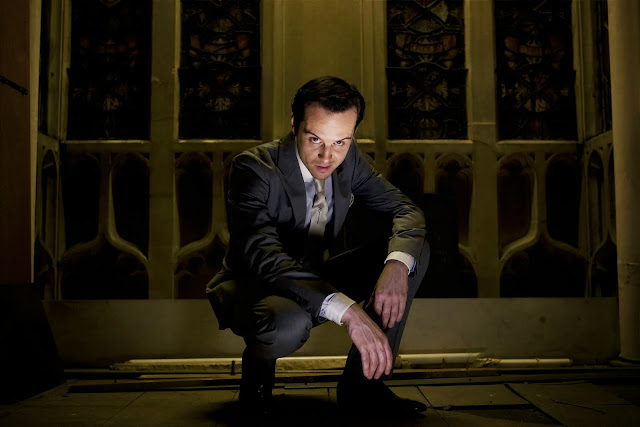 Then there’s the snappy dialogue, which is almost compulsory in any drama these days, but isn’t always done well (cough, Supernatural, cough). Here, it is done exceptionally well, especially when Andrew Scott comes in as Moriarty and the real banter with Cumberbatch’s Sherlock starts.

There are only two seasons and a total of six episodes thus far. The various stars’ filming schedules have made the timing of producing a new season complicated, but series 3 is finally coming out in the US on January 19th on PBS. It’s scheduled to air right after Downton Abbey. So go on, catch up! And then come back here and curse me for introducing you to the series, only to make you wait until January to see how the series 2 cliffhanger works out.

I’ll wait. In the meantime, you can find me teaching Chester how to hit the deck when I say, “Vatican Cameos.” He’s almost got it.

All photos courtesy of BBC.

Don’t forget to enter the UncommonGoods giveaway from yesterday if you missed it on the blog! Lots of great geeky gift ideas there too!