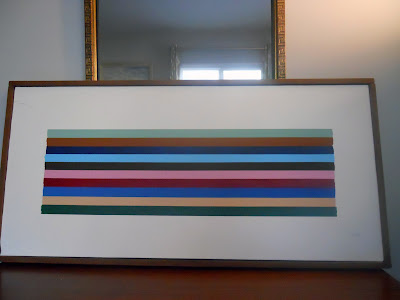 Remember how I said on last week that I rarely buy art because I don’t know that much about it? Well, that’s not strictly true. I just so rarely see anything I like in a thirft store (hello Thomas Kinkade, Painter of Light yuck gag cough retch) that I almost never buy anything. Plus, thrift stores around here tend to price art rather preciously for some reason. Sure, a sketch of the Fairfax County Courthouse would be entertaining to have up in my house, but not for $60. That rather attractive but no-name landscape print? $120. Cray-cray.

So when I saw the piece above at the Salvation Army Store in Annandale (same place I found those Brasilia pieces) I assumed it would cost more than $40. Lucky for me, it didn’t.

So, what’s so interesting about a bunch of horizontal lines that “anybody could paint”? 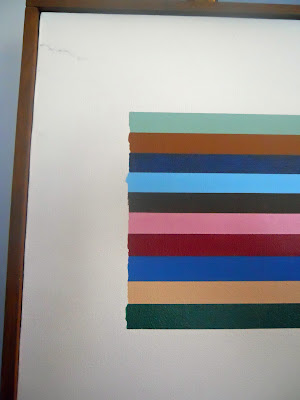 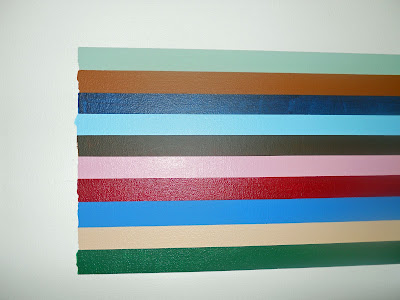 Next, that dark blue line third from the top is more painterly than the other lines. There are some translucent spots with the blue, but not with the equally dark brown or red. Why? Another choice. 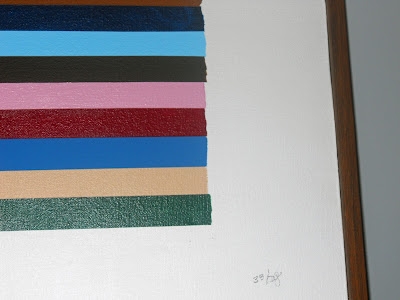 Also, the Washington, DC area isn’t known for much art wise. Sure we’ve got a lot of great museums and a wonderful school in the Corcoran, but for whatever reason, most art movements still start in New York or Los Angeles. The one exception is the Washington Color School, a fact I somehow dredged up out of my brain likely placed there by one of my four university level art history classes here in the city.

The Washington Color School painters were a part of the larger color field movement of the 1960s and 70s, often lumped together with abstract expressionist painters like Jackson Pollock. Unsurprising to anyone who has lived in Washington though, these painters were of a more orderly sort, working in lines and dots and other easily organized subjects, very unlike the messy splatters of Pollock.

My favorite painters have long been Ellsworth Kelly and Mark Rothko so I’m very familiar with the style and when I saw this, I knew it was good. 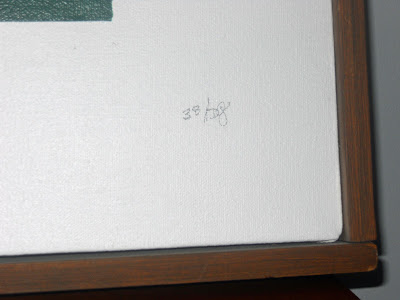 Unfortunately, I’ve been unable to identify the artist. The best explanation I can come up with is that several members of this movement taught locally. I would expect that this piece is a student work because the initials (perhaps DG?) do not seem to match up to any known artist in the school that I can discern.

Anyway, I love it and I’m pleased that I found it. Maybe someday I’ll figure out who did it, but until then, I have art for the office!