It’s been a while since we did a Field Trip Thursday so this week I decided to head out to Prince William County, Virginia to take in their thrifting scene. I wasn’t sure what to expect and honestly, I was pleasantly surprised. I found one real gem and two other really solid stores. A warning: this is a long one with lots of pictures.

Here are the spots I visited! 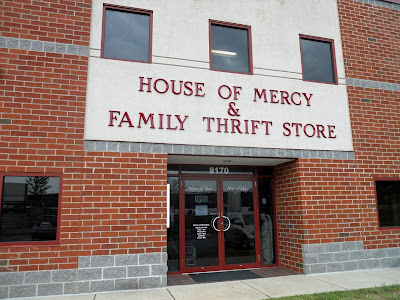 Normally I’m a “save the best for last” kind of person, but in this case, I wanted to share the actual route I took, which was to get off of I-66 at the 234 Bypass headed toward Dumfries. This started me at the far end of the county and I worked my way back toward Fairfax. House of Mercy Thrift Store is a little off the beaten path (kind of out by Jiffy Lube Live–always in my head it’s Nissan Pavilion) in a light industrial park, but it was worth the drive and I know I’ll be back.

First of all, I have found that the smaller charity shops (like the INOVA stores and Bargain Loft in Herndon) often do a great job of editing their wares and this place is no exception. There’s typically not a lot of junk and things get displayed nicely. Goodwill and Salvation Army are good too, but more for sheer volume. The for-profit stores like Unique, Savers and the like I tend not to mess with. I need to get in and out and they just have too much junk.

Apparently they have different special every day here so check before you go. Yesterday was 25% off everything. I bought a few things here, but let’s start with what I admired, but didn’t buy. 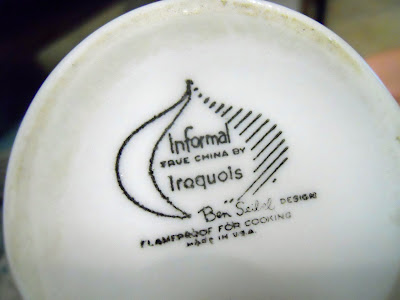 I did buy a few things though, mainly art, which I really have to stop doing because one gallery wall is enough and I’m pretty much out of wall space. 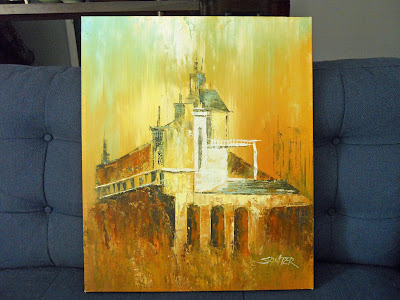 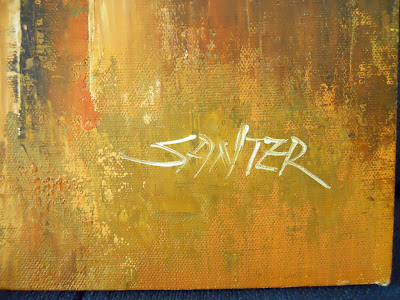 Here’s another mid century painting. I believe this is one of those ones where the background is printed and the painting is then given texture by hand. I can’t find reference to the artist anywhere online and on the back, there is an indication of a printer’s plate. That said, the colors are nice, right? 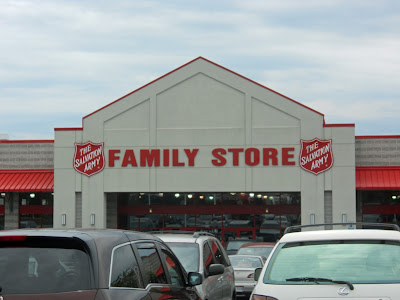 Salvation Army Manassas
11201 Balls Ford Rd.
Manassas, VA 20109
This is the biggest, most beautiful thrift store I’ve ever visited. It was packed, probably because it was 25% off everything, just like the store in Annandale. I didn’t actually buy anything here, but if it were a regular haunt, I could definitely see finding a lot of stuff here due to size alone. 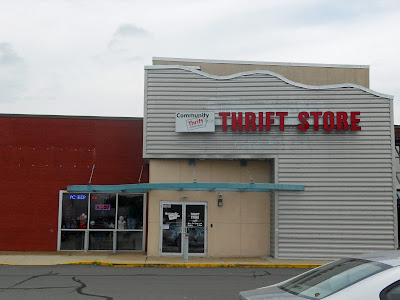 Community Thrift
7381 Sudley Rd.
Manassas, VA 20109
Community Thrift was the only dud of the bunch. It’s a small store and there was truthfully a lot of junk. However, they also had a ton of dishes so I could see turning up the occasional find here, but on this trip, I left empty-handed. If this were on my regular route, I’d probably still stop in, but my expectations would be low. Admittedly, I might be missing something because the store gets really good Yelp reviews. 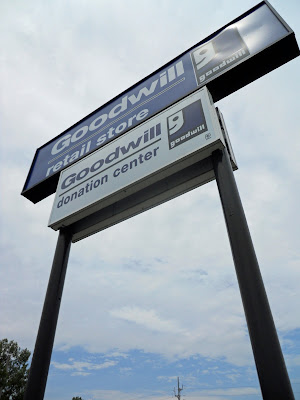 Goodwill Retail Store
8014 Sudley Rd.
Manassas, VA 20109
Last but not least was the Goodwill. To honest, everything I saw here that I liked, I actually bought. Plus I try not to take photos when there are a ton of people in the way because not everyone wants their pictures taken and this place was packed. There weren’t any discounts up that I could see so I’m guessing this store is just always busy considering that it’s right on the main drag shopping route through Manassas. My experience with DC Area Goodwill has been that one is as good as another and this store was no exception. 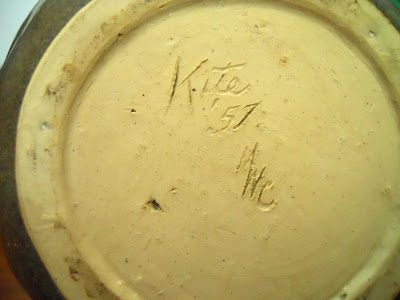 This might be my favorite find of the day. I picked up this vase because I thought it was rather good and the signature is nice and clear. The price tag was stuck over the “MWC” and I didn’t see it until I removed it when I got it home. If I’m not wrong, this piece has a story. While trying to identify it, I decided that “MWC” might be Mary Washington College. And indeed, there is a reference to an “Amelia Kite” in the 1957 yearbook. And William Leyton Kite, resident of Manassas, passed away December 12th of last year and was preceded in death by his wife. It mentions he has a sister living in Hot Springs, Arkansas: Amelia K. Maddox. I think this is too much of a coincidence. I’ve imagined that Miss Amelia made the vase at school and gave it to her brother as a gift. I don’t suppose anyone knows people in Arkansas?

In any case, it was a very successful trip to Prince William County, I’d say!

B Thrifty
13412 Jefferson Davis Hwy.
Woodbridge, VA 22191
Second Time Around Thrift Store
17471 Jefferson Davis Hwy.
Dumfries, VA 22026
I’ll definitely have to go back and do the Woodbridge area stores at a later date. Are you aware of any Prince William County thrift stores that I missed?
This is a post from Pies and Puggles. Republishing this article in full or in part is a violation of copyright law. And it isn’t nice. © 2010-2013, all rights reserved.