You might have noticed that the site looks a little different this morning. That’s because I changed it. A lot. I’m particularly enjoying the glitter puggle. That said, there are a number of things that are still broken so please pardon our dust while we renovate.

Remember last week when I declared the living room gallery wall “done”? Ha ha ha ha ha ha ha! After writing that entry, I went and met a friend for coffee and stopped at a few thrifts on the way back. 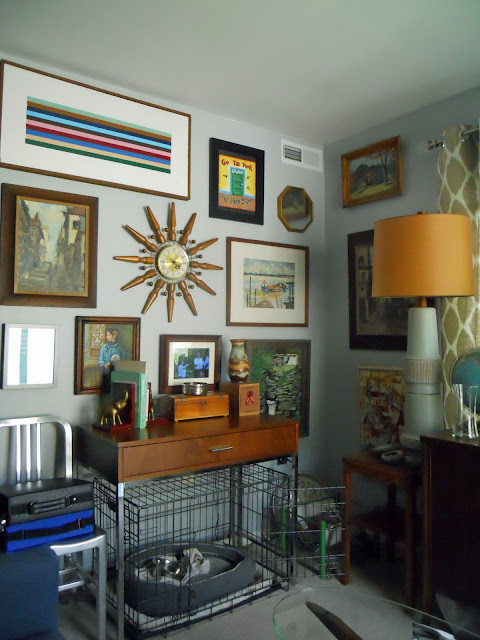 I changed it again. 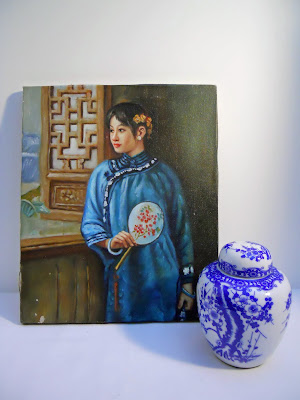 I had been idly searching for a frame for the Chinese girl and I finally found one. More on that in a minute. 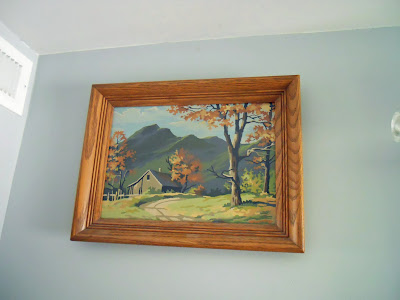 I had also been searching for a vintage paint-by-number. They’re all over Etsy of course, but I hadn’t pulled the trigger yet because I figured I’d eventually find one somewhere. And on Friday, I did! It was stacked up with a bunch of other art at the Goodwill in Annandale. Not bad for $6, right? If I were doing what Janet is trying to do over at This Confetti Life, I’d probably gather an entire wall full of them. Luckily she’s probably more sensible than I am.

Of course, that necessitated some rearrangement. My new Fred Babb print moved to the big wall in place of the green woman that Doug was never a big fan of. Watch my Etsy store for that one if you liked it because that will go up soon. It has a particularly nice frame. This photo doesn’t do a great job of conveying the dimensionality of it. 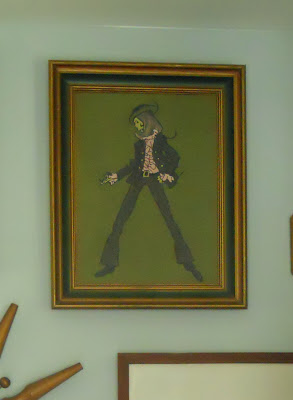 Everything else stayed where it was and I only had to move one nail; the one belonging to the painting of the Chinese girl.

Speaking of the Chinese girl, here is the frame I bought for her. Unfortunately I didn’t do anything so intelligent as take down the measurements of the painting and carry them around with me until I found a frame. No. I had to guess. 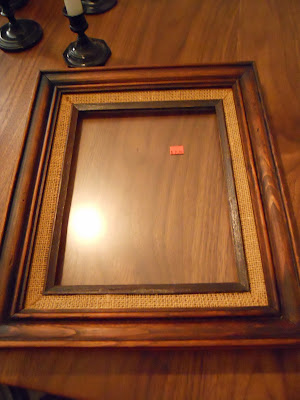 This came from the Look Again thrift in Alexandria, which I reviewed here. I figured that for $5 I’d take a chance that it was the right size. It wasn’t, but that turned out not to be that big a deal because that burlap-covered piece was actually nailed into the rest of the frame. 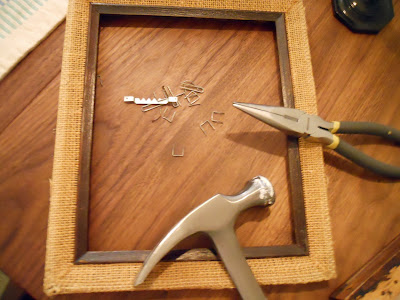 Judicious application of pliers and hammer took care of that rather quickly. And when I say “judicious” I actually mean I banged on the insert hard enough to loosen the staples, which I then pulled out with the pliers. We’re experts here, I tell you. 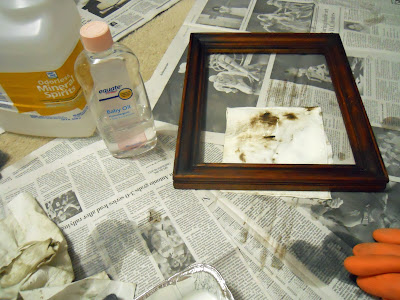 Then, since the frame was dirty and rather dark, I cleaned it off with my usual mix of half odorless mineral spirits and half mineral oil. I got a good reminder about testing for color-fastness on finishes though. Some of the wood stain on the frame came right off with the mineral spirits. That was fine in this case because I thought the frame was too dark anyway, but still: always test somewhere inconspicuous before messing with your finish. 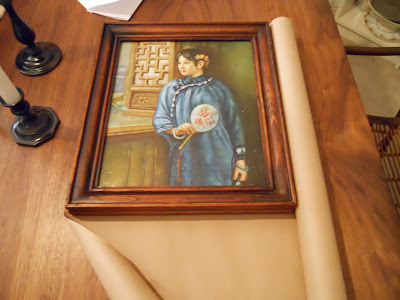 Next, I cut a dust cover for the back of the painting to keep it in place and keep it protected. This fell into the “harder than it looks” department. I traced the painting and cut out the backing with scissors. That part was fine. But when it came to gluing the back onto the frame, it turned out the frame was just a smidge shallower than the painting. 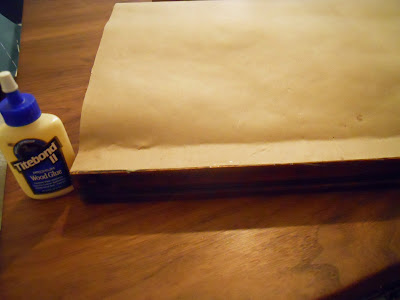 First I glued one long side and let it dry. I tried gluing it all at once, but it kept slipping when I tried to pull it tight. So gluing one side first and then gluing the other three sides turned out to be the better method. 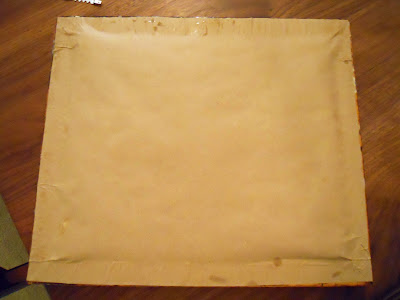 As you can see, it’s not perfect. The paper is puckered in places and it’s puffy in the middle where the picture was a little too deep for the frame. That didn’t stop me from hammering some hardware on the back and calling it a day. I don’t think this is a masterpiece and generally we’re going to be looking at art from the front rather than the back, so I figured it was good enough. 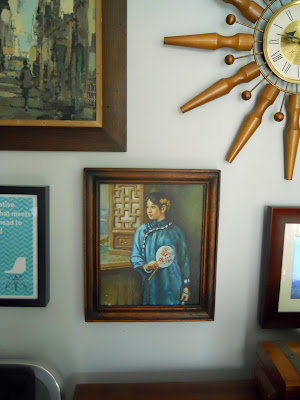 My little mistake with the mineral spirits turned out to be fortuitous as the frame really had been a bit too dark. Now it’s rather unevenly worn, almost like it happened that way on purpose.

So what have you declared “done” lately only to turn around a week later and change it?

0 thoughts on “Is anything ever really “done”? Gallery wall update.”